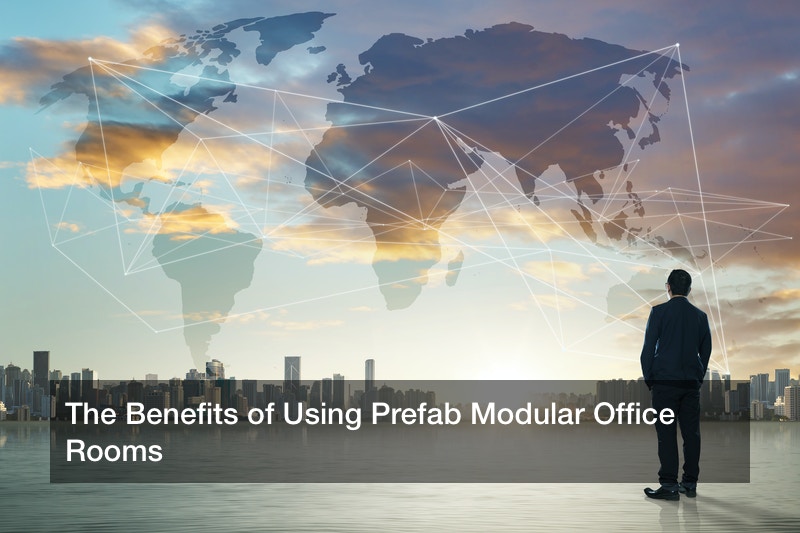 The construction industry is truly enormous in the United States and abroad, and construction companies big and small are building schools, homes, offices, libraries, banks, and a whole lot more. In the United States alone, this industry has a market value of over $1 trillion, and it employs countless people. Traditional construction methods involve multiple crews assembling at the site and pooling their resources and manpower, such as steel beam assembly, pouring the concrete foundation, flooring crews, etc. But there is always room for improvement and innovation, and prefabricated offices and modular office buildings are proving a resource-efficient and practical new way to build structures. A related field is the concept of modular warehouse partitioning systems and warehouse offices, and other mobile offices. How can prefabricated office and hotel rooms make a difference in construction? And how often is this method used?

How and Why Prefabricated Offices Are Made

The idea behind modular, prefabricated offices is to build many rooms for a building separately, then move the completed products to the site and assemble them quickly and easily. Usually, this means constructing a modular room indoors in a factory, which has many benefits. For one thing, the workers are shielded from the elements, and such construction methods are generally faster and more resource-efficient than traditional ones. In fact, one Chinese modular construction company was able to build a 57-story building in just 19 days using this method. Energy consumption for building a structure is lowered, too, often around 67% less energy (including costs for later occupants).

Another major benefit of this method is sheer waste reduction. There will always be waste left over when a structure is built, but modular construction techniques conserve resources a great deal. By contrast, construction crews often have to hire junk removal services, which use their huge trucks to cart away vast amounts of waste materials from a construction site. But according to the UK-based WRAP (Waste and Resources Action Programme), modular construction methods may reduce waste by up to 90% in some cases. This is true for diverse construction materials such as cement and concrete, timber, bricks, mortar, wooden pallets, shrink wrap, cardboard, and plasterboard.

When a modular office room or hotel room is built, it can be simply delivered to the construction site and set into place on the partially completed building. This process is quick and easy, since the modular room already has its electric and water utilities in place, and they simply line up with existing utilities in the building. Rooms such as bathrooms and break rooms can be put into place this way, too.

How often are companies using these prefabricated office construction methods? Quite often, according to statistics and surveys. For example, around 90% of surveyed engineers, 84% of contractors, and 76% of architects involve modular construction methods in at least some of their projects. In 2011, this construction method was especially popular for certain commercial projects, such as healthcare facilities (49% of respondents said that they used modular methods). Similarly, 42% of respondents reported using modular tech for making college buildings and dorms, and 42% use those methods to create manufacturing facilities. Often, it is skyscrapers, hotels, and apartments that are made this way, and Marriott International once pledged to modularly build 13% of its North American projects in the year 2017.

Modular construction method are also greatly helpful for warehouse staff. A warehouse’s total inventory may change a great deal from time to time, and some items have particular storage needs, so the warehouse’s rooms and other hardware must be similarly flexible. How? For one thing, the manager’s office can be a modular room that is delivered pre-built to the warehouses, and placed right there on the work floor so the manager can oversee everything (a similar strategy is used by construction company managers on a construction site). In addition, warehouse crews use prefabricated walls, which come complete with doors and windows, and set them up to create rooms with little effort. Those rooms can be used for storage or as offices, and can be taken down or rearranged with ease. Large and small walls and fences can also be erected like this, to suit any storage needs in that warehouse.