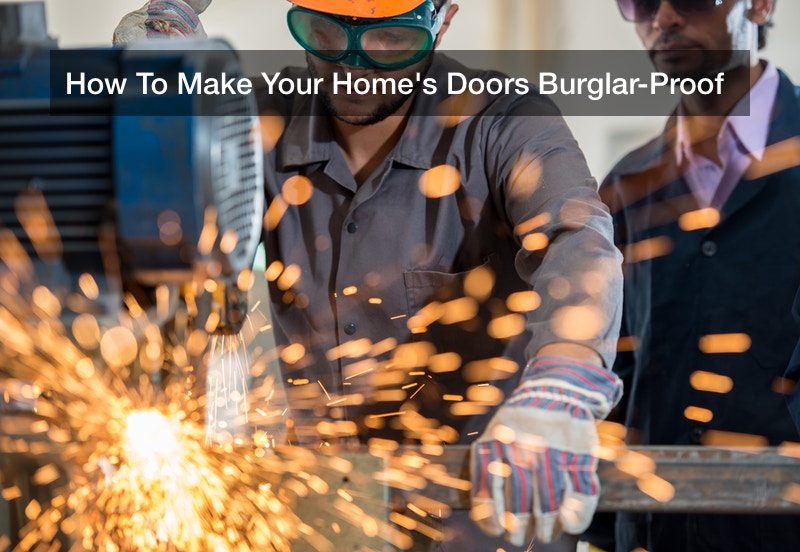 When you go home, flip on the local news and see stories about armed robberies or home invasions, you may think to yourself, “That will absolutely never happen to me.”


You may think that to be the case, but the numbers don’t lie. Sixty-six percent of all burglaries are home break-ins, 2.5 million burglaries happen annually and in the United States, a home burglary happens every 13 seconds.

If you’re worried about your home getting robbed, there’s a simple solution for that: burglary-proofing your home. Depending on your preference, maybe that means adding video surveillance, alarm systems or some kind of integrated alarm system to amp up your security.

If you’re going to burglar-proof your home, one of the first things you’ll want to start with are your doors. When a burglar is looking for an entry point into your home, the front door is one of the most likely places they’re going to start.

For starters, let’s look at some of the ways a burglar may attack your door:


A harsh reality of the world we live in today is that home burglaries happen everywhere and they happen all the time. Rather than ignoring such a serious problem and leaving yourself vulnerable, take time to burglar-proof your home. Your doors are one of the most important components for warding off attacks and could be considered the first line of defense. By taking time to replace and reinforce your doors, locks, and frames, you’ll provide better protection for you and your family and make burglars think twice about trying to invade your home.